The European Theatre Forum 2020: Performing Arts in Focus is part of the Theatre Initiative by the European Commission.

The European Theatre Initiative is building on a constant dialogue between the European Commission and representatives of the performing arts sector over the past years. Not least since the beginning of Creative Europe, performing arts organisations were among the most active and successful in implementing cross-border projects, engaging a large number of premises, artists and professionals to bring performances to audiences across Europe. International cooperation is a specific reality for this sector and there is a strong European dimension.

Despite the funding the Creative Europe programme was able to grant (since 2014, more than 200 MEUR has gone to projects in the performing arts sector (including music) of which more than 57 MEUR to theatre projects alone), exchange with stakeholders showed that there are challenges that may need more targeted approaches at the European level. Responding to a need to support individual mobility, a pilot scheme, i-Portunus, was trialed in 2019 via a consortium of cultural organisations headed by the Goethe Institute.  This scheme provided small grants to 335 individual artists and cultural professionals, specifically in the visual and performing arts, with the two third of the grants awarded to performing arts. Another two projects to continue funding mobility have been selected to run until the spring of 2022.  One will be led by a consortium headed by the Goethe-Institute and will fund mobility via direct applications from individual artists and cultural profession, this time in the Music, Literature, Architecture and Cultural Heritage sectors.  The other project, managed by a consortium headed by the European Cultural Foundation, will trial supporting mobility for artists and cultural professionals via hosts and hosting institutions and all cultural sectors (other than audio-visual), will be eligible.

Reacting to the particular situation in the performing arts sector, which was further enhanced by the Covid-19 crisis in 2020, the European Commission also launched a call for tenders for the physical and digital distribution of performing arts works (including theatre, dance, circus and street arts). With over 2 million € the new platform will help the sector recover its cross-border dimension and support the live recording and streaming of the supported performances to mitigate the sector’s carbon footprint and reach a broader audience. The consortium will start its activities in November 2020.

Based on these experiences and the specific and relevant example of the Music Moves Europe initiative, there was a growing awareness that a more profound exchange on relevant questions might be necessary. For that purpose, a first mapping laying out the major challenges in particular regarding the theatre sector was tabled and discussed at an informal gathering with relevant stakeholders at the Théâtre National de Bruxelles in November 2019. The European Commission invited 11 representative organisations from the theatre and performing arts sector, some of them such as ETC, EFA and IETM EU funded networks under Creative Europe, to that meeting.

From this study and the gathering at TNB emerged a set of topics for which elements of answers should be sought for in a complementary way between the national and the European level and within the sector itself. One of them concerned the necessity to create a space for more regular discussion within and with the sector (see below). Another prominent outcome of that exchange concerned the launch of a more comprehensive study on the following questions Europe’s theatre sector is facing. A call for tender was launched in the summer of 2020. Given the current COVID-19 pandemic that is putting all the creative sectors under pressure, the study will deliver data and an analysis on the social and economic situation of the theatre sector in Europe. It will also map the wide negative impact of the virus on the sector, and actions taken by theatres themselves to respond to the crisis, in particular digital ones. Its first outlines aim to be available on the occasion of the ETF 2020.

The aim of the “European Theatre Forum 2020: European Performing Arts in Focus” is to make visible and promote the outstanding importance of theatre and performing arts in Europe with its diversity of performance forms, across language barriers, both as an art form and an important public space for cultural-political dialogue. Implemented as cooperative activity with the BKM under the German EU presidency, it aims at establishing a concrete step towards a more structural creative dialogue process within the sector and with policymakers at national and European levels through partnership and international collaboration.

This first edition of the forum will focus on: 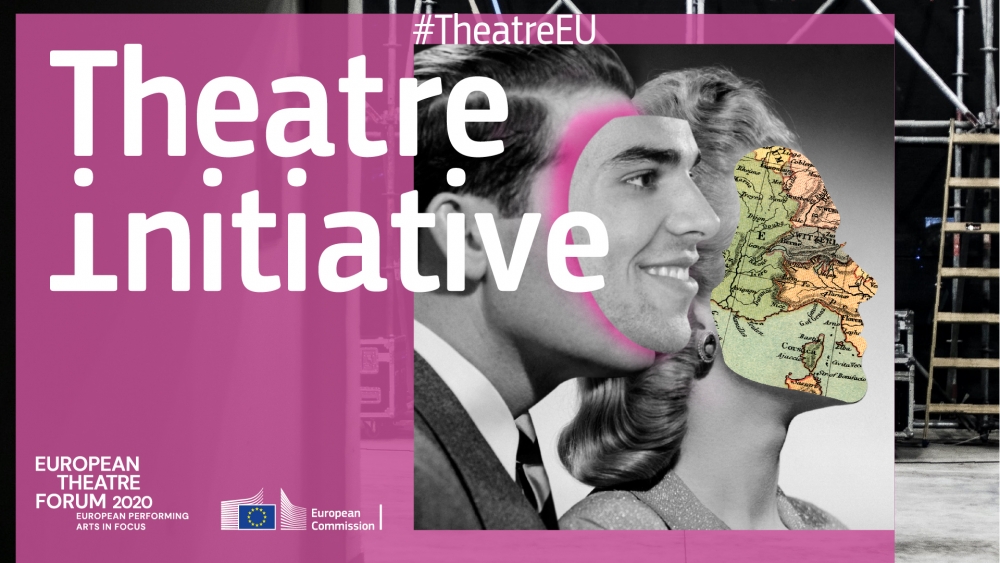